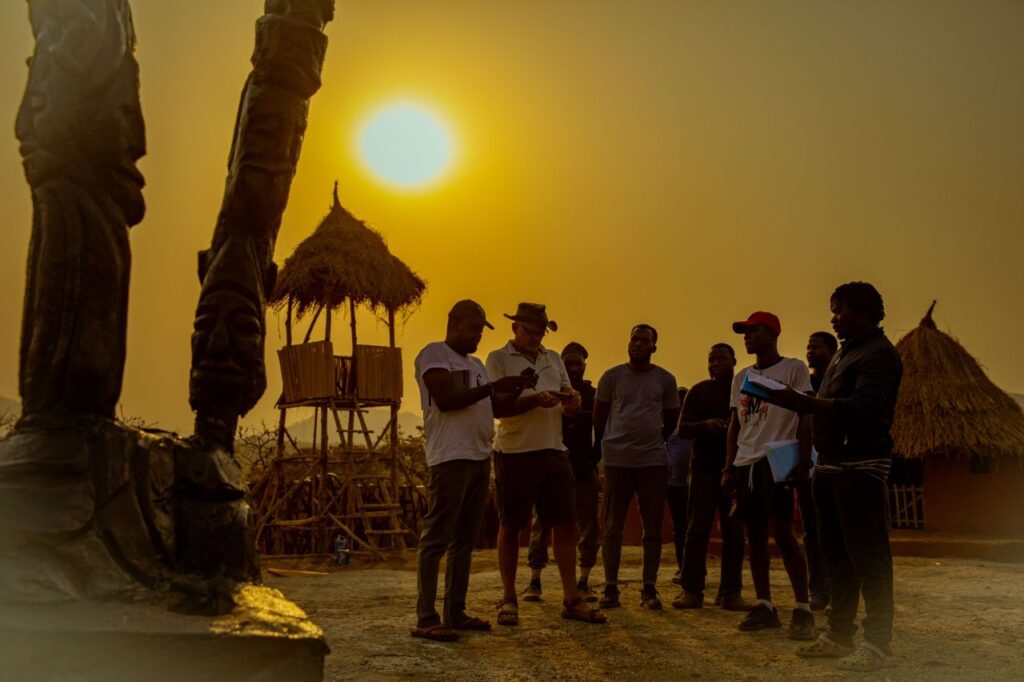 KAP Film & Television Academy in partnership with Netflix and USC School Of Cinematic Arts in February, launched the 10 Week Post Production Workshop of which Advanced Cinema Editing classes had kicked off 3 weeks ago.

As Nollywood grows, there is a need to ensure that all aspect of the filmmaking process grow as well. We love Nigerian stories and storytelling in film is usually defined during post-production.

The intensive hands-on program is opening her portal for applicants interested in Advanced Sound Post-Production.

Just like the sister-course; Advanced Cinema Editing Workshop, tested and trusted industry experts would be responsible for impacting the needed knowledge on the students.

Stephen Flick an Academy Award winning sound designer with over 170 film credits, including work that has earned him two Oscars, one for Robocop, and one for Speed, and three Academy Award Nominations for Poltergeist, Total Recall, and Die Hard will be teaching the students alongside Richard Burton who has also worked on more than 100 feature films as a sound editor, sound effects editor, supervising sound editor, and dialogue editor, being nominated three times for the Golden Reel Award, the Editing profession’s most prestigious honor, for Best Sound Editing for Sound Effects and Foley for his work on the feature films BABEL, X-MEN and THE MUMMY and received the Golden Reel award for UNDER SIEGE.

The objective of this course is to bring state of the art techniques, processes and best practices of Cinematic Sound Design to Nigerian Cinema.

Using materials from current Nigerian cinema and supplemental materials supplied, students will experience first-hand how to deal with common issues facing Production Recording, Sound Editing and Re-Recording. The importance of open communication and collaboration between Directors, Picture Editors and Sound Designers throughout the process will be discussed and explored.

The students will be expected to complete exercises outside of class time. The exercise will be reviewed in class, allowing students to develop collaborative methods of critique, furthering their ability to not only grow as individual sound designers but as a community of sound designers allowing for an organic growth and evolution of the craft in Nigerian Cinema.

The following will be topics of discussion during the course of the program:

Nothing works until you work it. Unless you put in efforts to polish your talents, your dreams will be a step shy from becoming reality, put in the work, put in the efforts, register and skyrocket your career to the next level.